It’s the end of 2018 and I’ve yet to write a single blog post. This was originally titled 10 years of Pointless Ramblings which became 11 and now I might as well call it 12.

I bought the domain pointlessramblings.com over 10 years ago(!) when I was first learning the basics of web development. The endless desire to tinker with the site led me to my degree and then my career; from html through PHP to python and (when I must) JavaScript. To celebrate last 11.8 years I traveled through the archives to find all of the many redesigns the blog has gone through, which is the remainder of this post.

First starting out in Wordpress - lots of design experiments/changes in rapid succession. 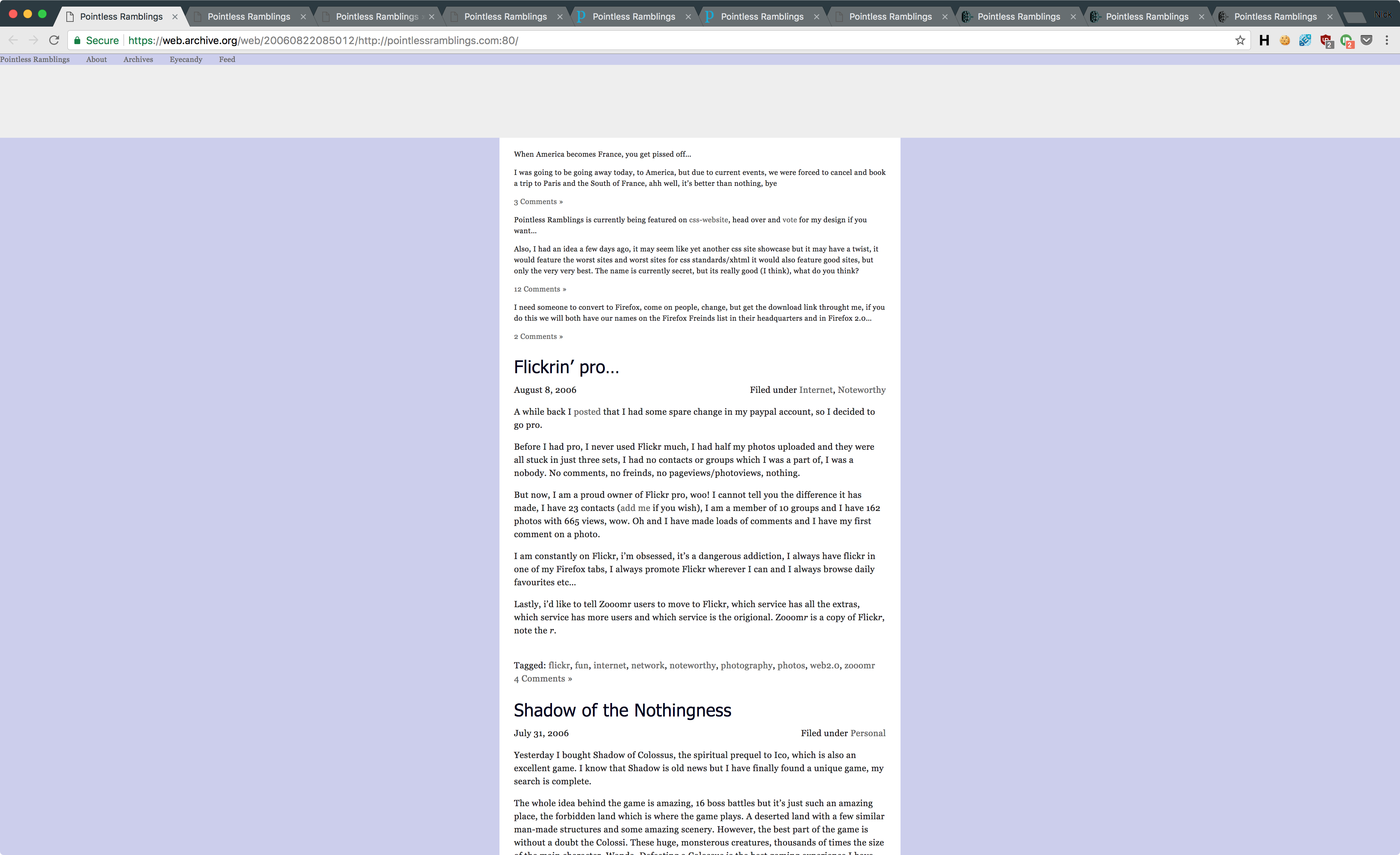 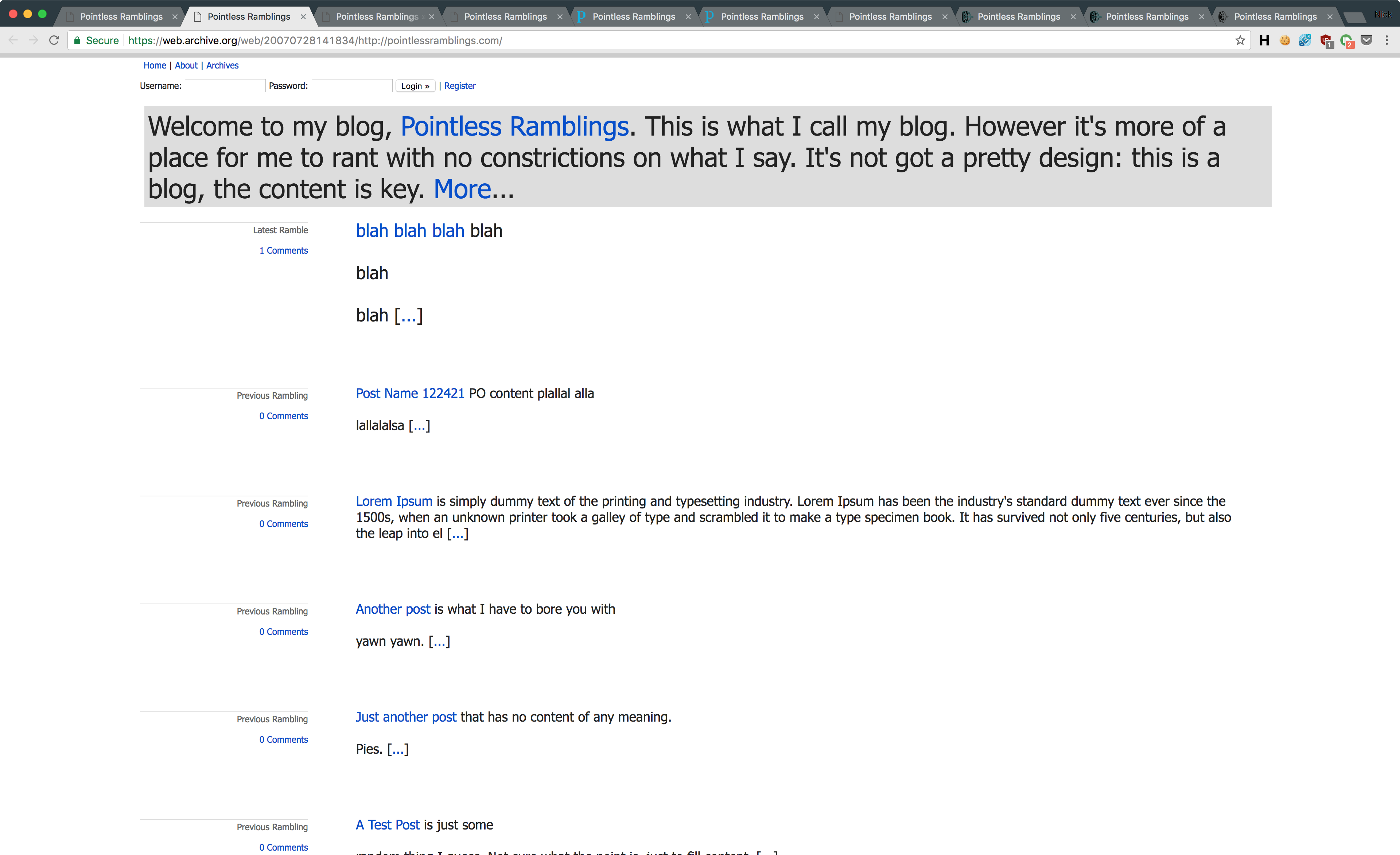 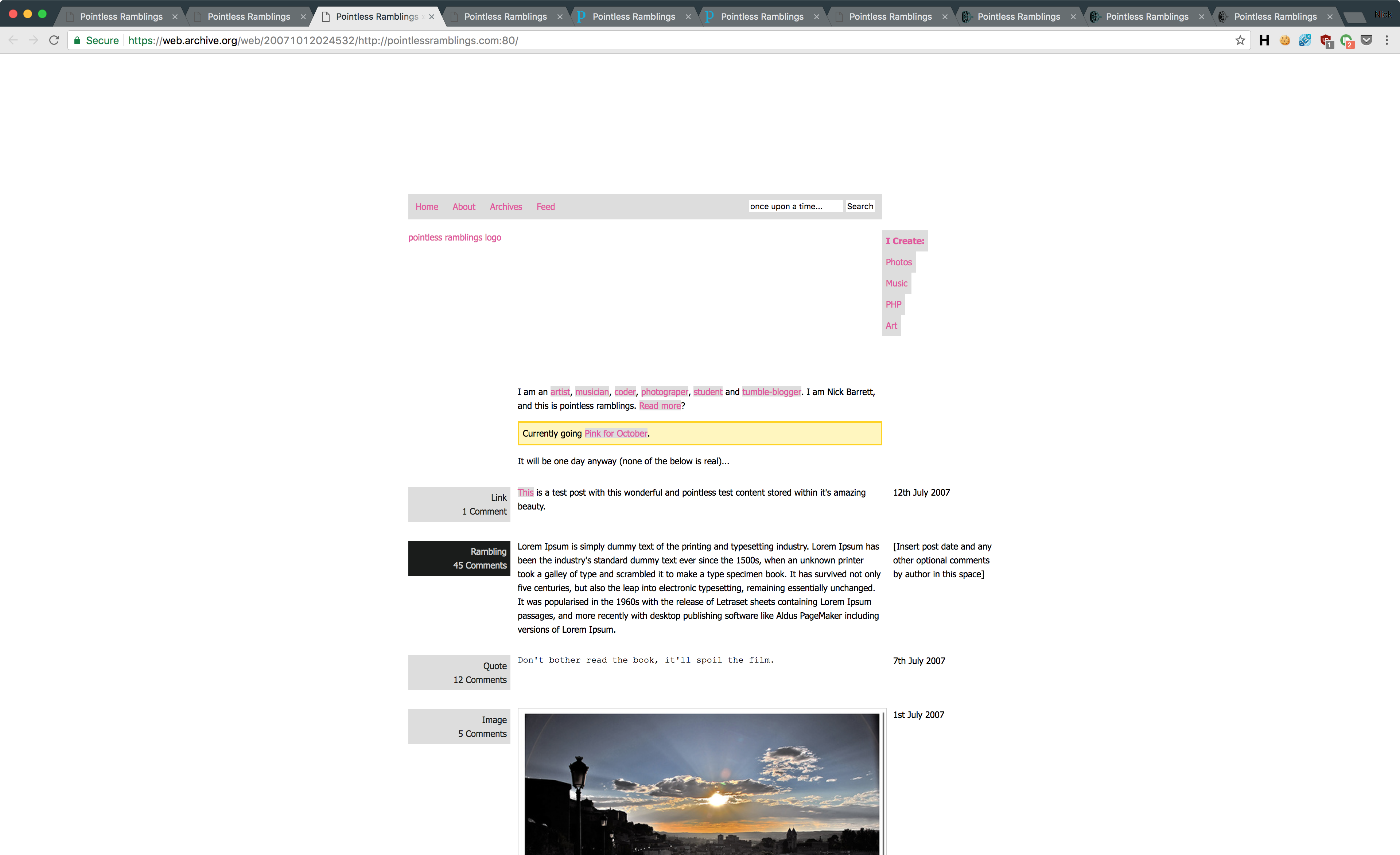 Finally in 2008 settling on “sketch” which at the time was featured on a number of “CSS galeries” (do these even exist anymore?!): 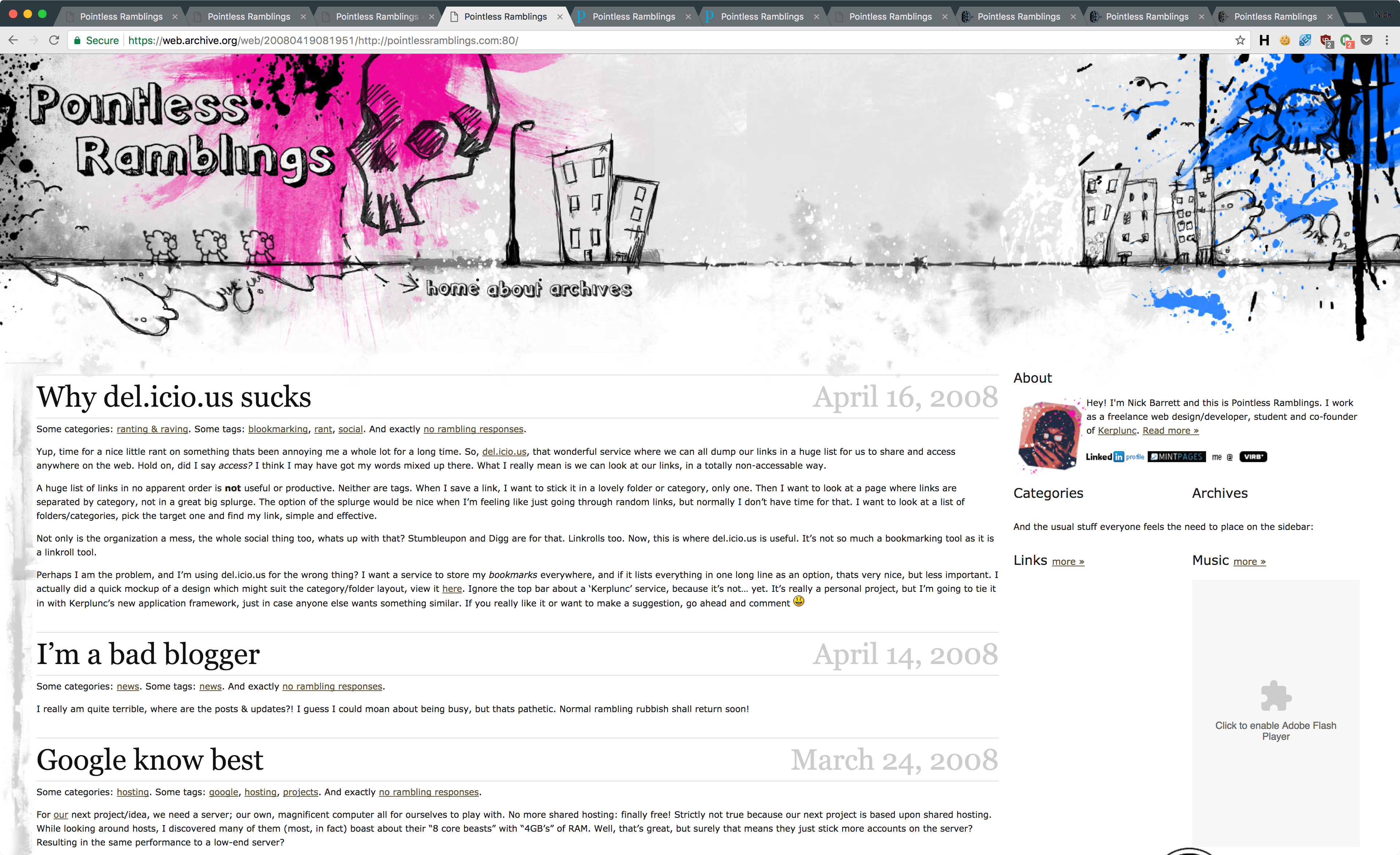 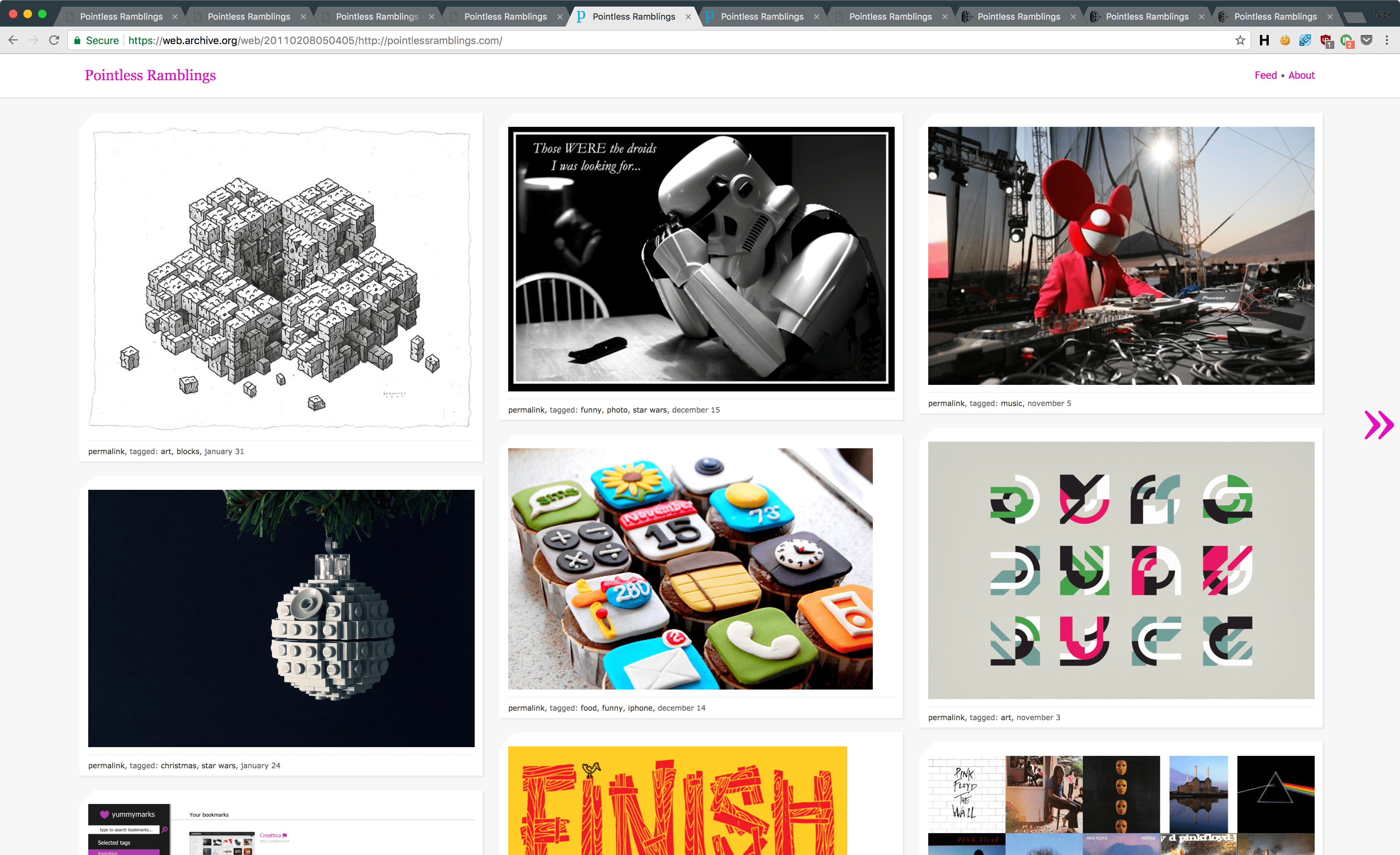 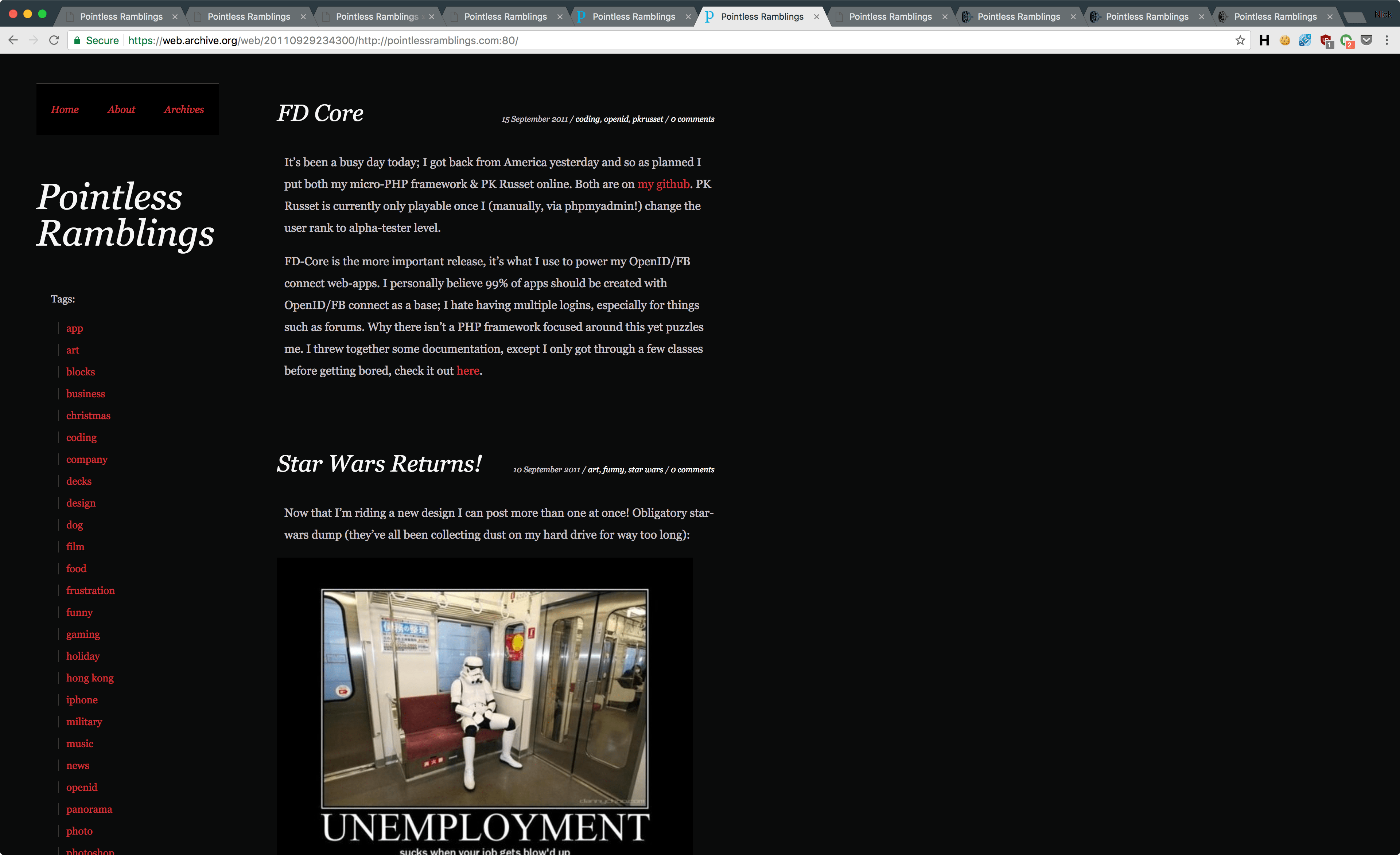 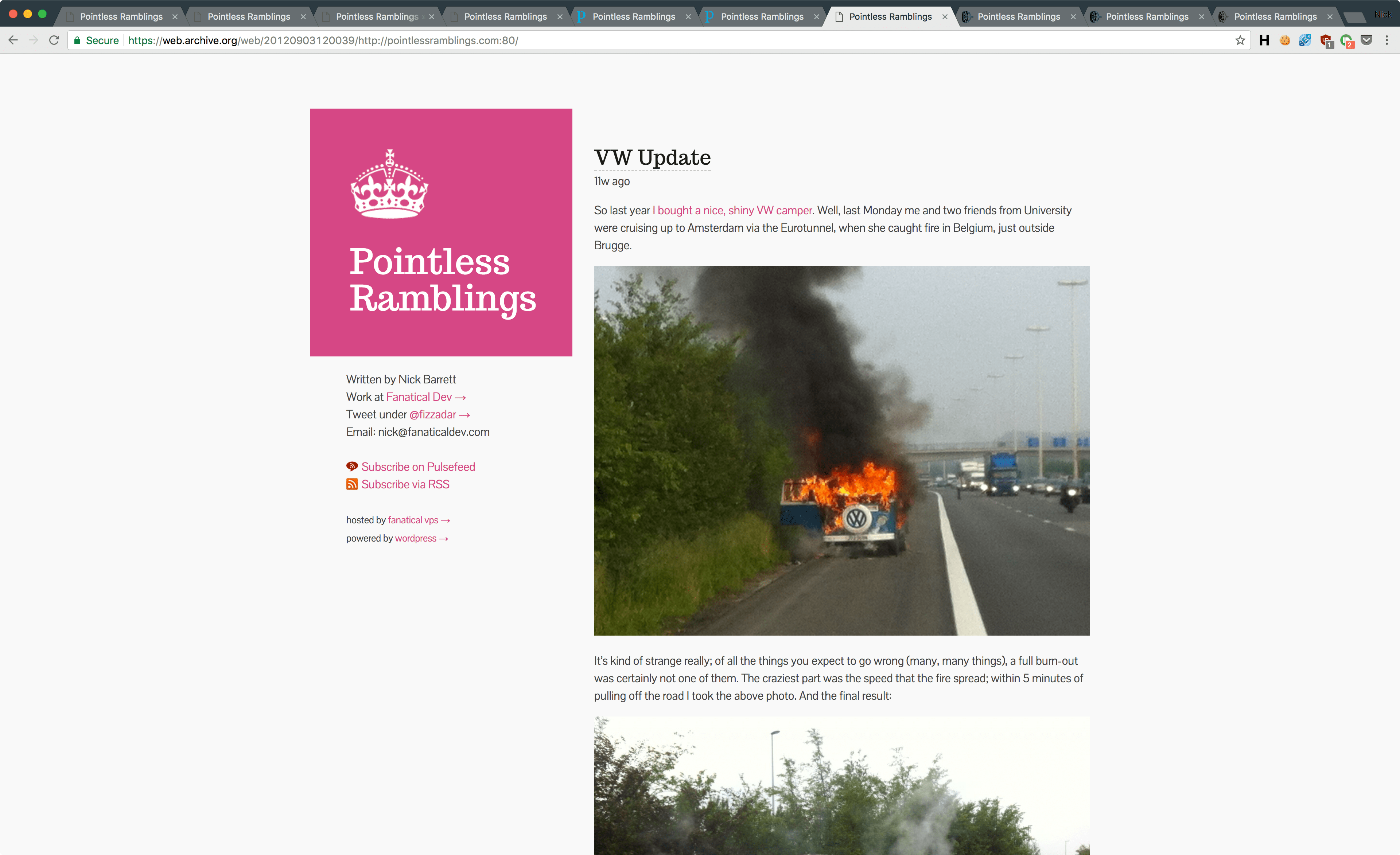 The Luapress years - since starting a real job. Complete rebuild from the ground up using my very own Luapress. 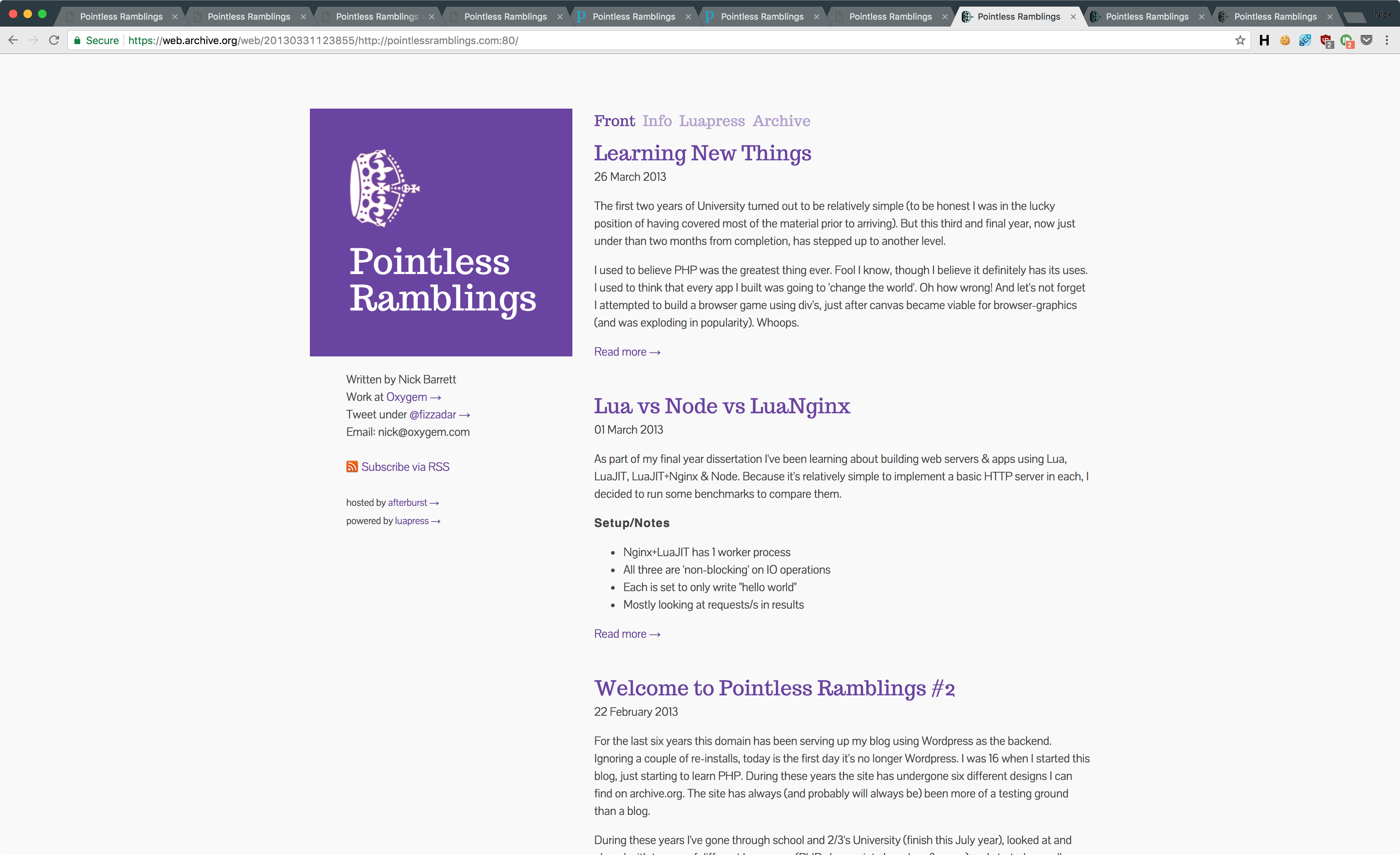 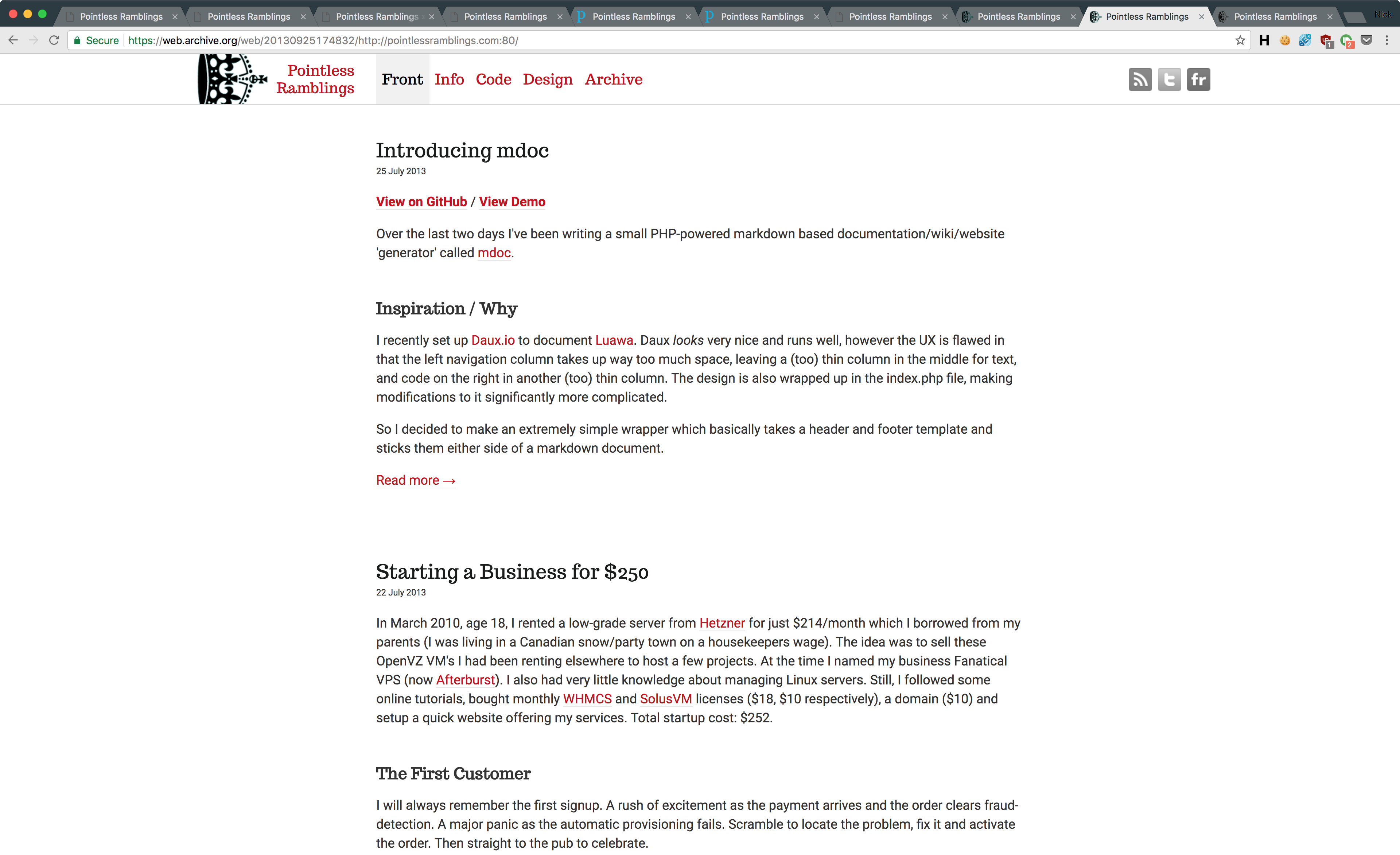 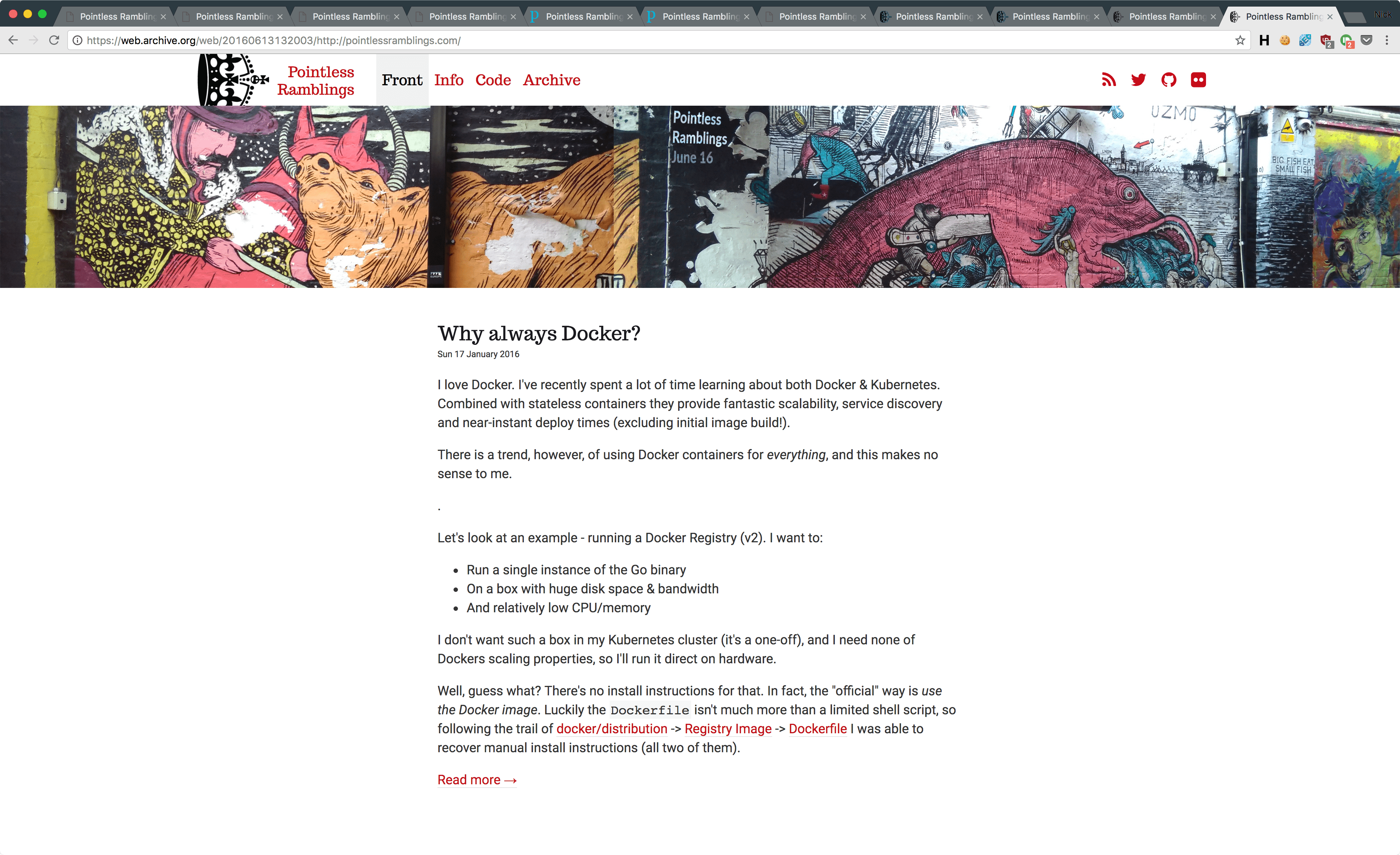 Which brings us to this design/layout which has been live since sometime in 2017.

And there we have it - over 10 years of my pointless ramblings - often separated by years of silence! Next update in 8 or so years ;)